As part of our trip in France to attend the Young Chef Trophy World Final;China Delegation had the priviledge to have a reservation to have lunch at the eponinous world famous 3 Michelin Star restaurant of Mr Paul Bocuse.

The reservation was made in September of Last year, just to show you that it is  not easy to get in.

nevertheless, after having dinner at the amazing Hotel D Evreux, the team went on train from East station directly to Lyon, particlarly Collonges Au Mont D'Or, the location of the Paul Bocuse Restaurant.

Located in a small town near a small river; the magnificent restaurant appeared right in front of our eyes, with its beautiful pastel colors and Mr Paul Bocuse staring out the window in painting;

We were welcomed at the door by a nice valet who escorted us to our table, the beautiful setting was already eye catching, where most of the China and table ware; bares the name of Mr paul Bocuse;We has previously chosen our menu, a classic of many recipes from Mr paul Bocuse; Paired along with some Rhone valley wines and of course Champagne;

The food was extraordinary, as expected, starting with the lobster salad, then with a mushroom soup, then the volaille demi deuille and the infamous cheese plater before the dessert of Crepes suzette and petit four with coffee, but the highlight of the lunch, was when the Maitre D, invited us to take pictures in the kitchen where Chef Rembrand is currently at the helm.

The whole team was impress and extatic that it took almost 20 minutes to finish the photo session. Not sure the chefs were pleased at it probably delay there lucnh service, but being a once in a life time opportunity; we had to do it.

The team was also impress with the inside decoration of the restaurant, as it is practically a museum where Mr Paul have pictures of an entire career with pictures of many celebrities among worldwide newspaper articles. Very impressive. Then there is also a small Paul Bocuse boutique, where the team could not resist to bring back some memorabilia from the experience;

After the lunch, the team went on to discover the beautiful garden where a bronze statue of Mr Paul is sitting. Tons of pictures have been taken, sweet memories will lie with everyone who had the privildge to be there forever. 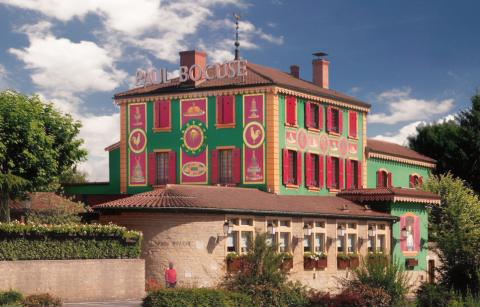 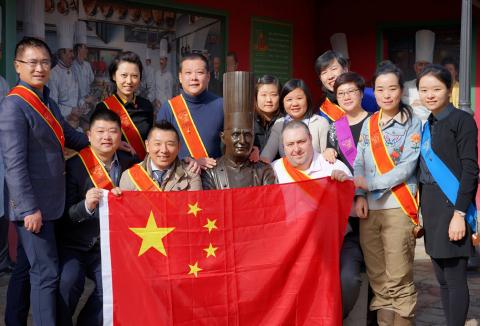 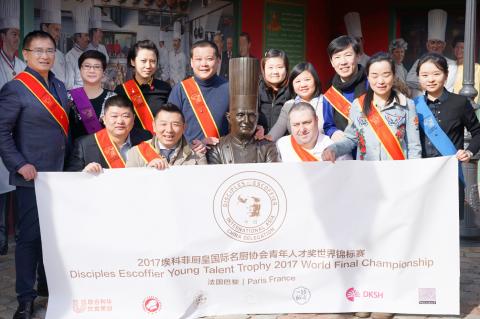 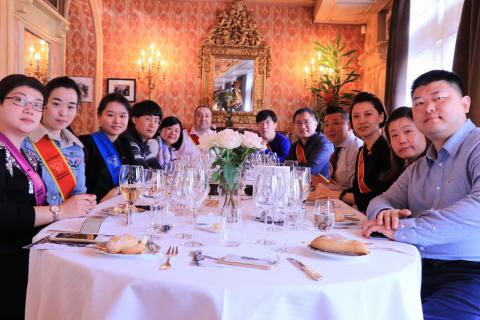 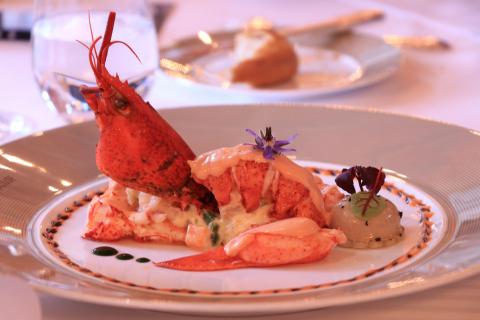 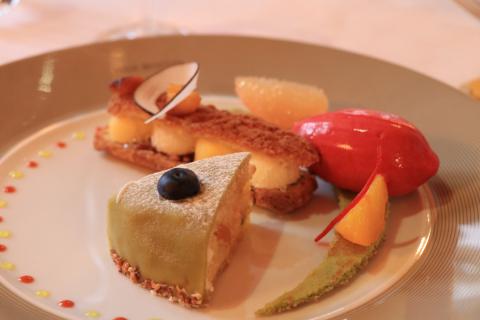 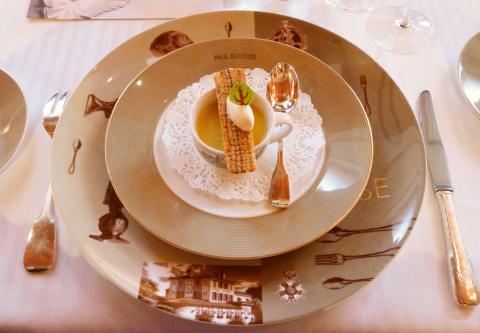 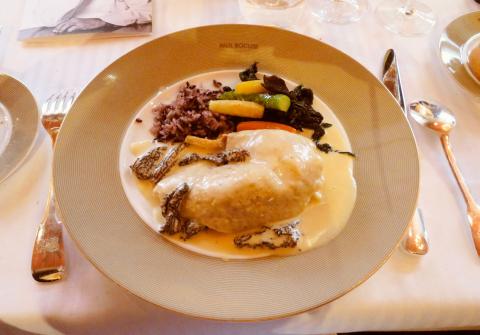 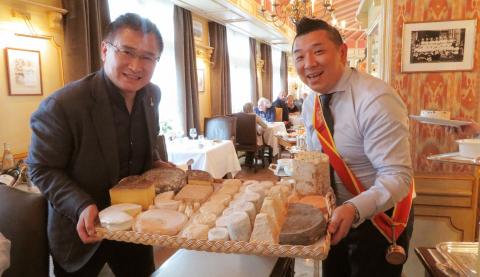 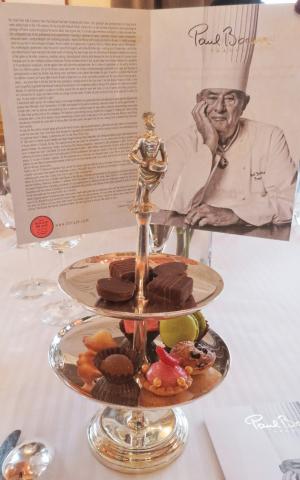 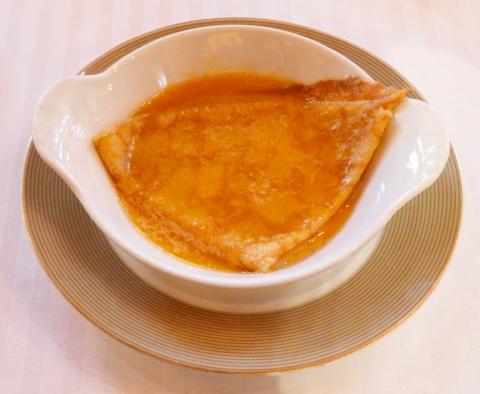 SIGNED MENU FOR EACH MEMBERS OF THEESCOFFIER CHINA DELEGATION 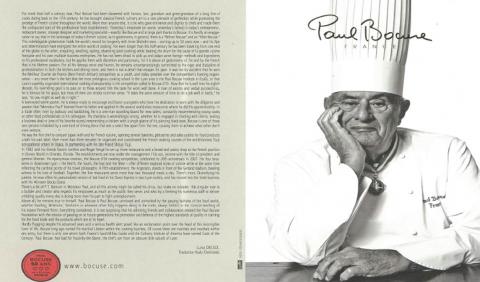 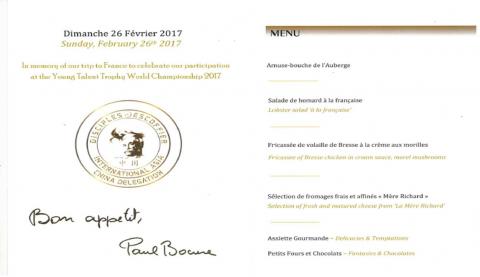 THE TEAM IN THE KITCHEN AND IN THE GARDEN 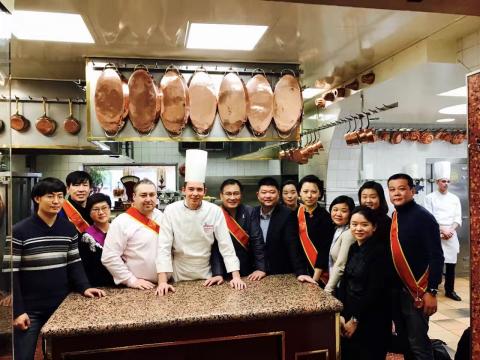 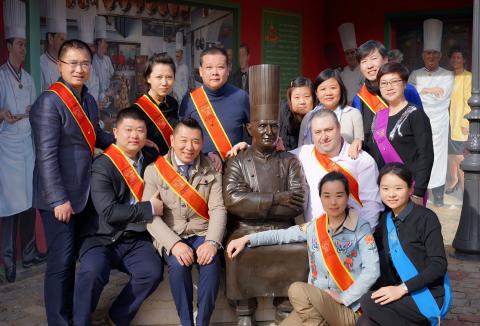