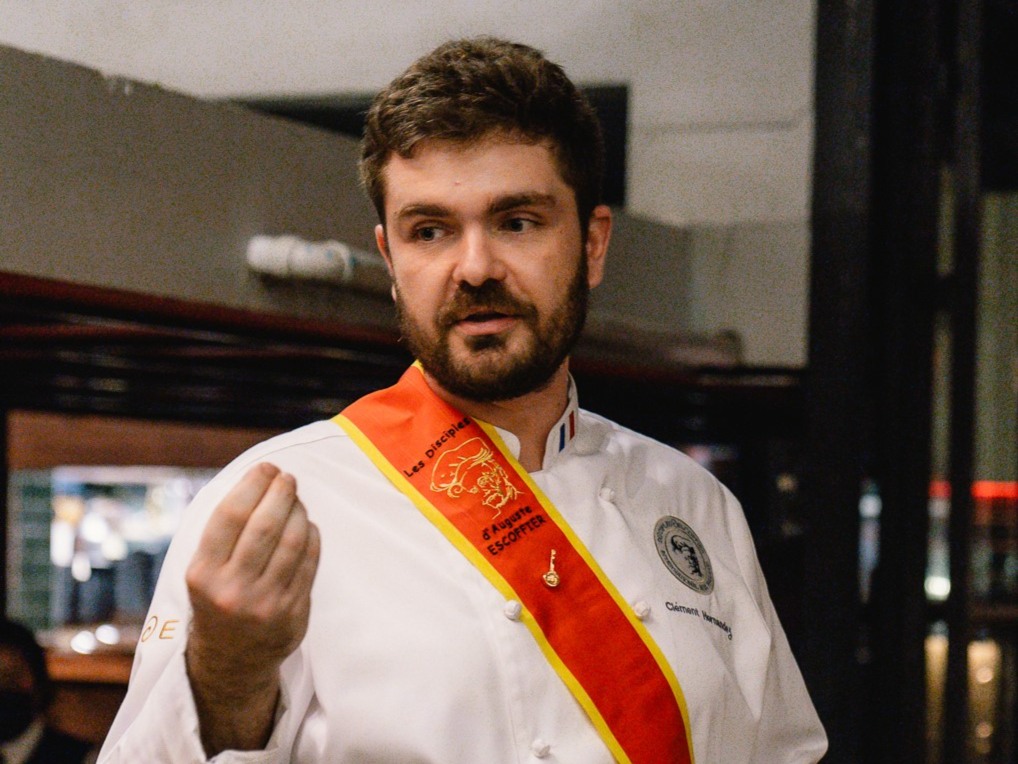 Clément hails from Cahors in the southwest of France, a region steeped in traditional culture. Raised on his grandparents’ farm, he developed a reverence for fresh, local produce at a young age, accentuated by his chef father’s passion for classic techniques. It's this rich culinary heritage that set him on a 15-year journey through Michelin-starred establishments in Europe and Asia.

Clément learned to cook professionally at the Lycée des Métiers d'Hôtellerie and Tourisme d'Occitanie in Toulouse, specialising in culinary arts as part of a Hotel Management and Catering degree. He continued to master his techniques in the UK alongside Alan Murchison at L’Ortolan* and Michel Roux’s The Waterside Inn*** before returning to France. Here, Clément worked with some of the country's leading chefs in iconic establishments, including Jean Coussau's Relais De La Poste**, Le Parc Franck Putelat** and the legendary Le Relais Bernard Loiseau** with Patrick Bertron.

In 2015, he traded Europe for Thailand to become sous chef at J'AIME by Jean-Michel Lorain*. As Executive Chef, Clément then launched contemporary French bistro Brasserie Cordonnier and The Bar Upstairs in Bangkok before co-founding Yenakart Group in 2019. In his role as F&B director, Clément currently oversees creative events space 19 Yenakart and WORKSHOP Restaurant & Gallery, a stage for his tribute to comfort food with a touch of class: Sincere Dining.