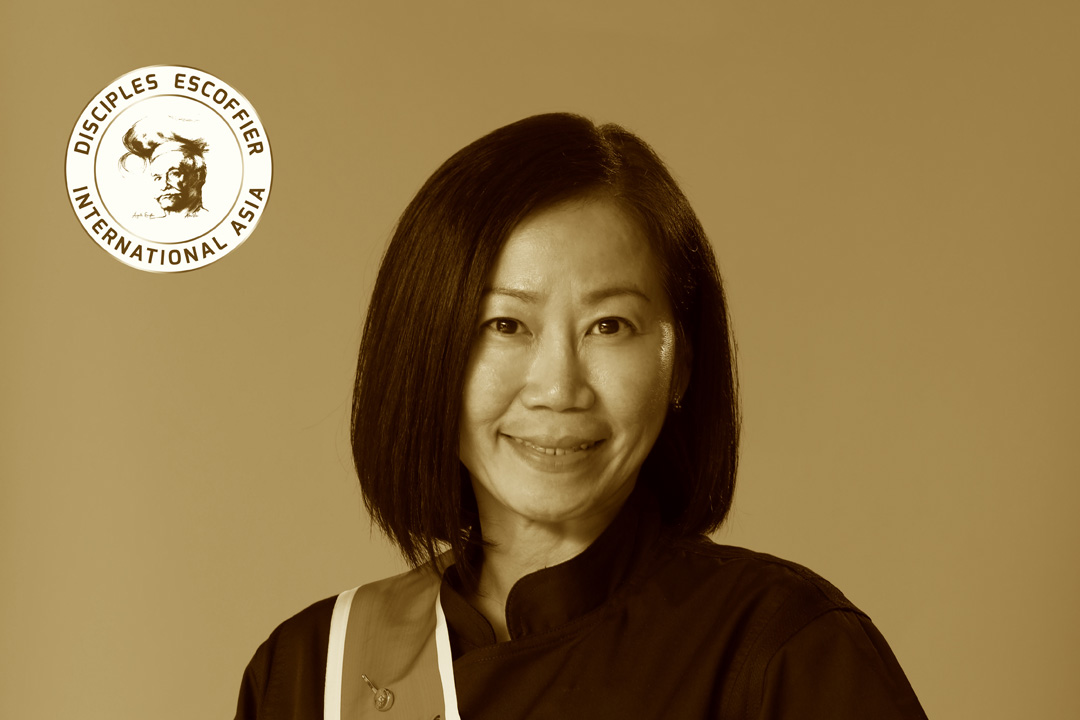 Jessica started her career as a Mission Translator in Hong Kong Consulate General of the Republic of Indonesia. (1992-2003)

Then discover Food & Beverage in 2004, when she join her partner in a European restaurant in East Coast and a owner of French Bistro & Bar in the Financial district.

Jessica started the official chapter in 2015 for Disciple Escoffier in Singapore. Prior to that, in year 2013 Chef Sandro Falbo introduced her to the society before he left Singapore for good. She run the association single handedly until she found Chef Emmanuel Stroobant, the successor for Chef Sandro Falbo as President of the delegation in 2016.

In Disciples Escoffier International, Singapore, Jessica was a key player in the birth & development of several programs between Polytechnic Institution of Singapore and the French Government as well as the set up of many  International related ventures.

With great honor, she was awarded a Knight badge in 2022 for “ CHEVALIER de L'ORDRE DU MÉRITE AGRICOLE” by the French Government for her success in bringing this partnership for the development of quality produces in her home country and regionally. And a recognition for her contribution in bilateral ties with emerging Agrifood/ Tech in Singapore.

Jessica will continue her journey to furtherance “ la Belle France”. and their terroirs.