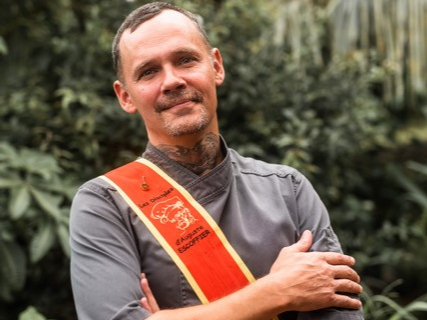 Chef Sam has been a chef for over 15 years, he has travelled and worked in various places such as Vanuatu, Spain, France, Reunion and New Caledonia.

Through his travels he has inherited Mediterranean, Asian and tropical culinary influences.

After a hotel school, he graduated with a BTS and decided to learn his trade by travelling the world.

Especially attracted by traditional then gastronomic cuisine, he held various positions in Relais & Château to end up as head chef in Ratua in Vanuatu.

Like many of us, he has reviewed his diet, which now influences his dishes but also his new professional orientation.

Wishing to be in line with his values and personal choices, he decided to offer cooking workshops open to all.

The objective is above all to make Caledonians aware of a revisited, healthier diet.

He works in various leisure centres, nurseries, French and Australian schools and also in the Noumea prison.